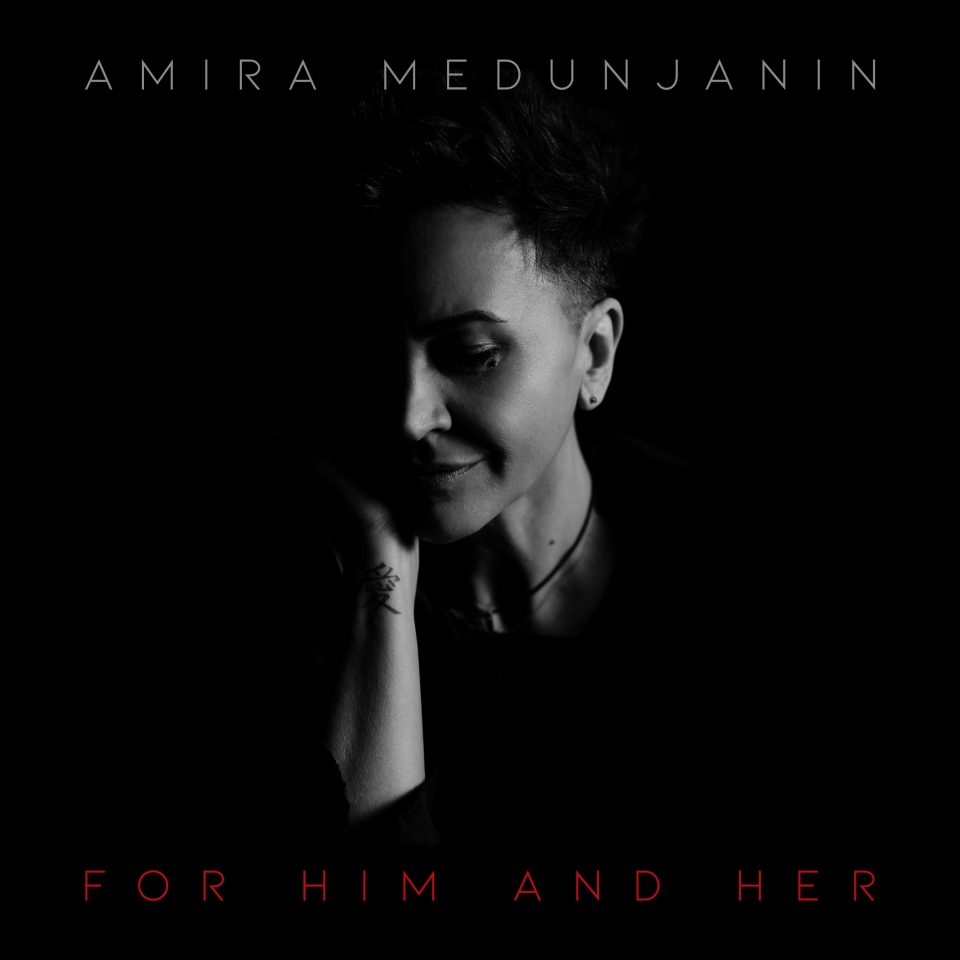 FOR HIM AND HER

Title: FOR HIM AND HER

FOR HIM, HER, AND THE REST OF US

I am frequently reminded of a scene that I witnessed in the British Museum in 1978. Thus, when I hear a song from the album For Him and Her, I am standing once again by the Egyptian mummy of the temple singer Tamut, found in ancient Thebes, near Luxor. The daughter of a high ranking priest and known as the “Lady of the House” and the “Chantress of Amun,” Tamut was the singer of the Temple of Karnak around 900 B.C. In her sarcophagus I saw many amulets and other mystical jewels, but what had the greatest affect on me were her tiny nails that peeked out of the brown linen wrappings. It seemed to me, or I imagined it over time, that, in the area of her pointer and middle finger, the linen was darker because of traces of dried blood. Tamut was about 35 years old, her hair was short, and judging by the traces of blood on her hands, she sang passionately until her death.

Since then, I have been convinced that passion and song is never lost, even when all that is human disappears . . .

The need to cultivate a powerful fuel for one’s soul has no direct connection with career or status. It is connected with the search for one’s authentic self. Passion is the elevated art of suffering for that which you love. This is how people are when they invest their greatest life values in something they do and truly enjoy themselves when they do it.

This principle is something that I recognize in the newest collection by Amira Medunjanin. In twelve selected songs, she dedicates her deep personal respect for Toma Zdravković and Silvana Armenulić, colossal figures of Yugoslavian popular music and the last true representatives of kafanska muzika (coffee-house music).

Kafana, mehana, bircuz, konoba, gostiona, taverna, or birtija — these near-synonyms have always represented that place where the best days are experienced at night. The only address where only the now exists and where there are no worries about tomorrow. Without the kafana, or coffee house, many lives would have taken entirely different paths. And not only the lives of musicians and bohemians . . .

Here, two different musics reign. One is playing; the other, echoing.  One is the sound of the singing voice; the other, the crashing of broken glass. Both indispensable; both passionate.

There are people who consider the kafana and its music to be a special sort of sacred place. Much of what is missing from holy books can be found in the songs sung in coffee-houses. Most of all, this is about the meaning of life. For the history of kafana songs, for the myths about the creators and the original interpreters of the music, sometimes what we need is new promoters who know that they are preserving its authenticity, but at the same time, adapting the arrangements and production for a new generation. Kafana music sought, found, and preserved its inspiration in urban themes, life, love, and stories about famous protagonists of urban destinies regardless of their social status. Kafana songs, their content, language, melodies, rhythm, and the circumstances in which they are performed always bear the characteristics of the people among which they originated. Along with the arsenal of folk instruments that accompany the singing, the best guests are recognized by the hot-bloodedness of their reaction to the song.

The kafana was and is a kind of oasis where the cult of the high priest of the microphone still exists. It is where a different type of popularity is developed, and where the soul of the guest is particularly valued. Besides becoming a popular singer, over time you become a confessor, accomplice, and friend of gentlemen, gamblers, criminals, easy women, con men, scalpers, and angels of the night. Everyone in the ambiance of that music finds their own personal solace and hope, believes that their troubles will diminish, and hopes that they will find the right path if they sing at least the refrain of some of those songs. The kafana is a gym for the soul. It is there that the truest stories are told, unbelievers are glorified, some loves are forgotten, some are continued, and some are born. It is there that intimacy is treated by sobbing without shame, by laughing from the heart, and by singing from the soul.

At times it is good to have a kafana soul in order to understand many seemingly incomprehensible things, and one needs to live the life of a night owl and bohemian to at least begin to comprehend the philosophy of the common man . . .

It is there that dreams are innocent again.

It is no coincidence that this album is dedicated to Toma and Silvana. In their paths and lives,  friendship and cooperation, there is something that gives that music and common destiny the dimension of a real fairytale. If he dressed “newly-composed” folk music in a suit of songs depicting lost love, she, with her inspiration and skill, officially confirmed that genre woven of sorrow and truth as a female version of the kafana prayer. Over the years, their voices in those songs became the beats of many hearts.

The value of each work of music is inseparable from the human experience of those who carry that song within them. In the cosmos of kafana folklore live many symbols of the exciting past, but not one of them is as poetic as the story of the chance meeting of the poor boy from Aleksinac and the girl from Doboj. They both came from deep in the countryside, where they began their friendship through song, acquiring fame that transcends politics, religion, and national borders. Their careers rhyme with legend. This fairytale scattered to the far reaches of our language, sensibility, and damnation. In the end, they were defeated but not forgotten.

Behind him, the “singer with the saddest eyes in the world” left numerous unforgettable autobiographical confessional songs to which, even today, people still celebrate, mourn, drink, laugh, and cry.  They remember Toma as a man who saw joy in life, and they stick with his ballads because they are the expression of a songwriter who carries the sorrow of all people in his own heart.

As stars of the stage, Toma and Silvana never sang poorly. Their performances were adorned by avalanches of emotion. They mastered the space where they used music to unburden the soul. For their songs were not an imitation of life, but rather life itself from within, as it actually was: uncertain, difficult, full of temptation and unrequited love, but above all — beautiful.

The collection For Him and Her — created in the company of exceptional musicians with whom Amira has collaborated throughout her career — also puts forth a private question: Why is it that we love some singers more than others who perhaps have richer, more colorful, and even more schooled voices?

I believe that our hearts choose them because of the way in which they deliver a song. The interpreters experience a chosen song in an extremely intimate way, unashamedly reproducing all of its content and nuance before an audience until every single listener recognizes their emotions, love, desire, and pain, but often also nostalgia for times, habits, and dear people from the past.

Amira Medunjanin possesses that miracle in her being. Her singing is an act of celebrating the song, the uncommon ability to swing the pendulum of spiritual excitement in the breast of mortals.

Revealing her debt to these great influences, she employs her own vision to wrap their kafana songs in a kind of sacred robe. She has harmonized the existing reality of the songs with an old dream. Seeking new values, she has introduced an existing musical repertoire to her world of personal intimacy and emotion. She gives us today something that even the most courageous of yesterday were not allowed to imagine: the audio Grail of songs have been taken from obscurity and smoky coffee-houses to international confirmation. Known as the “Balkan Billy Holiday,” she took a bite of the miraculous fruit: as when Scott Walker sings Jacques Brel, or when Diana Krall interprets Leonard Cohen. She has elevated this underestimated genre to an altar located above all prejudice.

And for this reason, when she offers her heart under the spotlight, ecstatic and with clenched fists, when a tear rolls down her cheek between two verses, Amira Medunjanin is honestly and without reserve doing for us the same that Tamut gave to her world.

Praying for all of us in the temple of God.