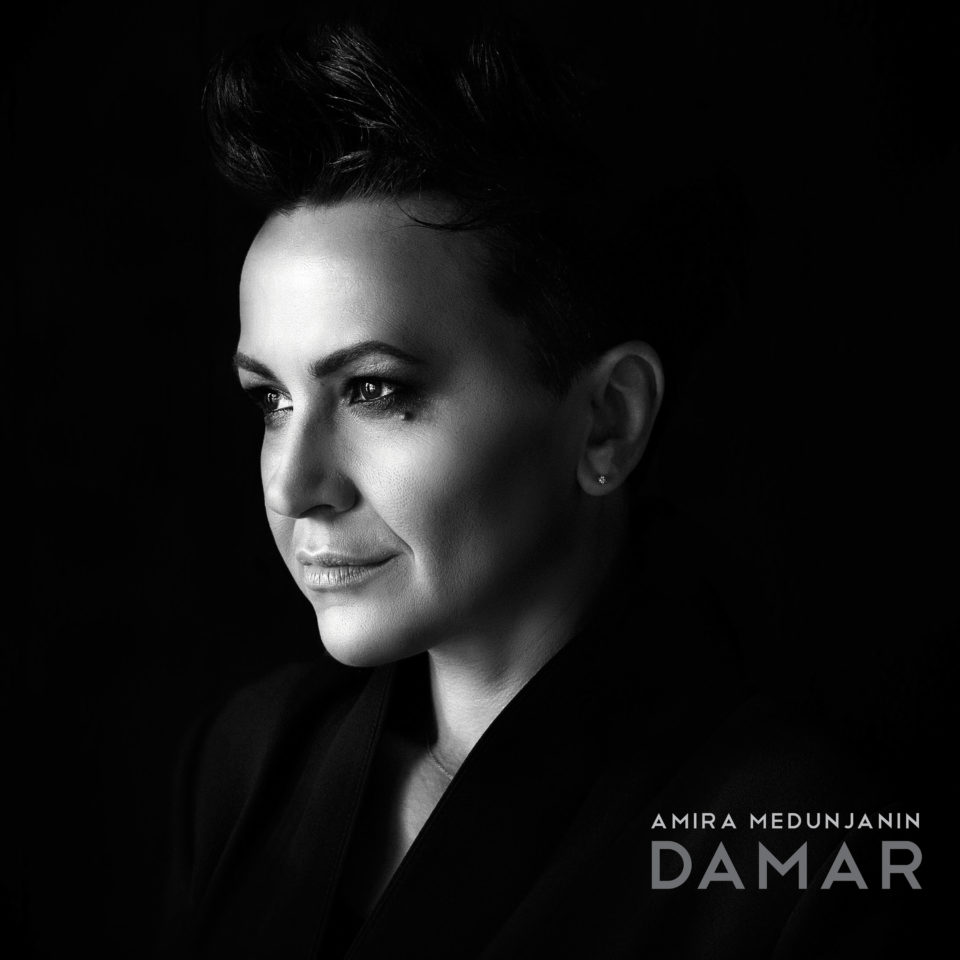 Why do people sing? What is the need that drives a voice out of a body? It’s a simple, yet a most difficult question, because the answers are either too metaphysical, or too scientific. Where Amira comes from, however, people tend to believe that the song is connected to the soul. Indeed the highest compliment that can be bestowed upon a singer is that “she sings from the soul”- pjeva iz duše. The soul in that conception is a metaphysical core of the person, but also a measure of her presence in the world, all of which the song makes manifest to others. Singing is but a pursuit of her true essence. This all sounds highfalutin, but it is in fact simple – anyone can hear the soul in the music. The point of singing is to make the soul recognizable in the song; its indelible, yet ineffable, presence is what provides the pleasure-to the audience as well as the singer.

Much of traditional western Balkan music revolves around the soul, and no one understands it better than Amira. Record after record, album after album, she pursues the evanescent soulfulness of each individual song she chooses to sing. The choices are always excellent, the songs matching her so perfectly that it seems they had beenmade for her and not in a different, distant century.  To say that her voice and art have matured means that she goes after the slighest modulation, explores each breath, relishes each word and its inflection to give the exact shape to that thing called the soul. You can hear it clearly, as you can hear the pleasure she experiences in that achievement, which why even the sadest songs, the narratives of even the most crushing heartbreaks, alwasy contain subtsantial amounts of joy. For it is precisely the simultaneous presence of joy and sorrow, of the whole range of being in the world, that is a sign of the soul’s presence in the song. This is what Amira does: her voice contains worlds, and in those worlds we discover ourselves.

(music& lyrics as recorded by Edo Ljubić in Chicago year 1942, arr. all musicians)

Recorded and mixed at:

“We will sing whichever song comes from our heart”. That is what this song says.

No matter where you come from, if the song touches your heart, sing it. Music is indeed a Nation. Song written by Damir Imamović.

A Macedonian traditional song describing the love for a beautiful girl Lena.

A rendition of a song recorded by Edo Ljubić in Chicago, back in year of 1942. (Or. title “The rose in the breeze”). An arguing conversation between mother and daughter, while lover waits in the garden, hidden, calling for her, the daughter..

Traditional song from Serbia.. Young Smiljana rises like a bright moon..a love story between her and Stojan Krivorečan develops..

A song describing a scene at the Sarajevo city, atBentbaša..a man is passing by the house of the one he loves.. she calls him to come to see her by the evening.. he did not go that evening, but the next day, just to find out that the one he loves married someone else. This is a traditional composition of Bosnian Sephardim.

Traditional song from Bosnia describing piled inner restlessness… “My beloved, aren’t you visiting me tonight? I rather hear of your illness that your love for another. Of illness you will recover and come back to me; but if in love with another, you will be gone forewer…”

A life force, a puls, a nerve… Some say, without “damar” life is not a life. A person without damar is a dead person walking… For Her, in this song, He is the only one that can wake up her damar. A song composed by BoškoJović, lyrics by MarijaKrznarić.

One of the most beautiful traditional love songs from Bosnia and Herzegovina.

“Why do we have to hide our love, my heart belongs to you, it is no longer mine”.